How the kindness of strangers can change a life

Kamani knows, more than most, about the impact the kindness of strangers can have on a life.

Abandoned and left on a step outside a hospital in Sri Lanka, she spent the first couple of years of her life relying on the kindness of hospital staff and, later, those working at an orphanage where she lived up until about the age of five.

It is because of the kindness of her Australian parents who adopted her, though, that her life really changed.

“Thankfully for my parents, and for Australia, I got an education, I was loved, cared for, housed and fed,” Kamani says. “I was very lucky.

“My parents didn’t want to have their own children; their philosophy in life is to give help to others who need it.”

Today, Kamani lives with her seven-year-old son, Taliesin, in Adelaide. She works in child protection, helping to keep children safe from abuse and other forms of harm.

In addition to helping children through her professional work, Kamani sponsors nine-year-old Aagash from Sri Lanka through ChildFund.

Aagash, says Kamani, is like part of the family.  “After my son, I wanted a second child,” Kamani says. “After lots of IVF, I just figured it’s costing me too much money for no result, so I just thought about other ways my son could have a sibling.

“I found out about child sponsorship through a friend of mine at work. Her daughter writes letters to their sponsored girl.”

Kamani and her son chose to sponsor Aagash together. “My son chose Aagash because of his age, and because his parents didn’t have much money,” she says. “He understands that we are sponsoring to help Aagash go to school, and help his siblings as well. He understands Aagash’s living conditions and that what his family is earning is not much.”

Returning to Sri Lanka: a trip with purpose

Since being adopted and moving to Australia around the age of five, Kamani has only been back to Sri Lanka once. She was around 15 years old when her parents and her adopted brothers, who were also born in Sri Lanka, travelled to the country.

“Our parents wanted to show us what Sri Lanka was like,” Kamani says. “It was a big shock for me because of the poverty; the people sleeping on the side of the road with little huts and cardboard boxes. I remember just holding on to my mum’s handbag and not letting go because I was thinking, do not leave me here.

“The trip made me really appreciate having grown up and lived in Australia. Australia is a lucky country.” 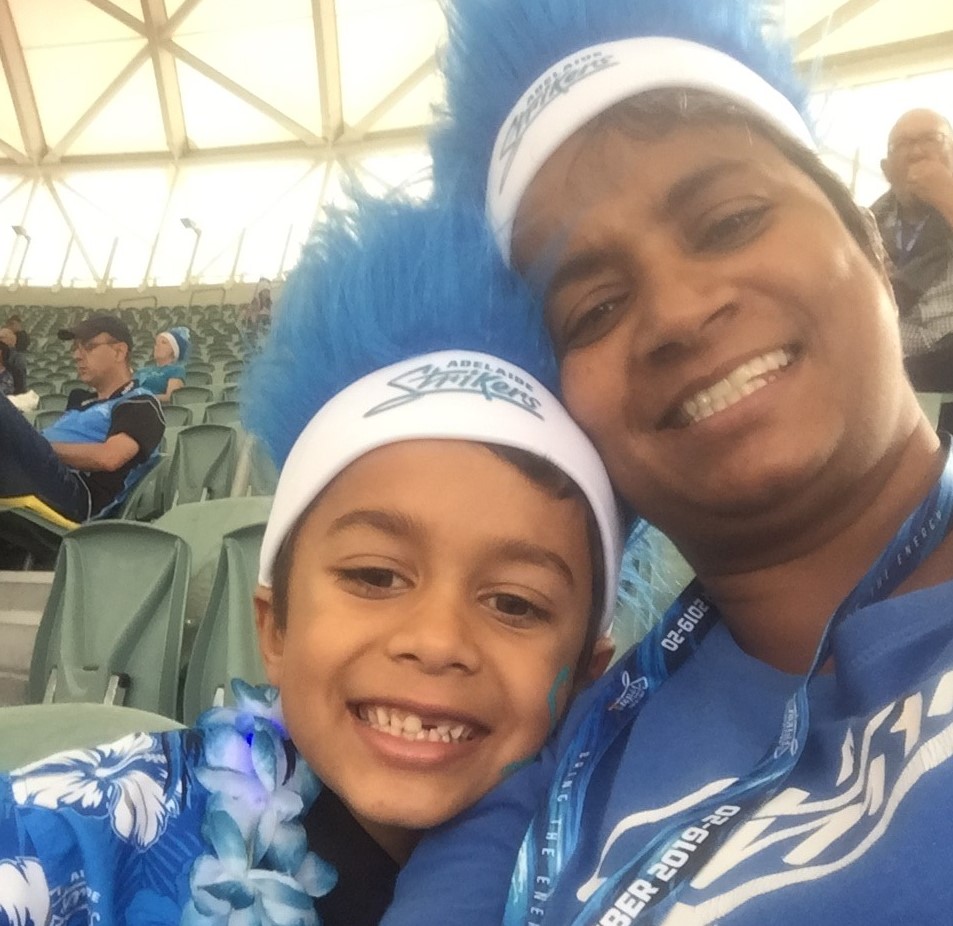 Kamani with her seven-year-old son Taliesin. Together they sponsor a child through ChildFund.

One day, Kamani will take Taliesin to Sri Lanka to show him where she is from, and to meet Aagash.

“I’ve been meaning to go back to Sri Lanka, but unfortunately I don’t really have much of a connection with the country,” Kamani says. “Now because of Aagash it makes it more of an exciting trip and that there is more of a purpose to go.

“My son wants to meet Aagash; he wants to play soccer with him.”

Whether it is through her work in child protection or sponsoring a child, Kamani is paying forward the kindness she has received in her life.

While she was born with very little herself she has always wanted to help others, especially children.

“Having children in my life has been so important, since I was little,” Kamani says. “My mum always said I was a very caring, nurturing person.

“My current job in child protection can be really hard but it’s helping out children who aren’t loved or cared for, who need good, stable, consistent care, and another chance in life – like I had.”

“I’ve also always wanted children. Now, I’ve got my son, and we have a sponsored child.

“Through our sponsorship, we hope that Aagash does well and we can help with his schooling and whatever the family needs.”