Three generations of compassion and charity

Charity and compassion have been the guiding principles of at least three generations of Judy Browne’s family.

“My father said if you have food for your table to feed your family, you’ve won in this life, and if you have any left over give it to your neighbours,” long-time ChildFund Australia supporter Judy (pictured above) says. “You do not hold on to anything.”

When Judy started her own family, she passed these values on to her own children. She began sponsoring a young boy, Ahmed, who lived in Ethiopia, through ChildFund in 1993. Her oldest son, Buster, was 12 years old at the time; the same age as Ahmed.

For the next nine years, Buster made it his goal to raise money to pay for the sponsorship.

“Buster sold eggs to get the money each month and did odd jobs around the farm for extra money,” Judy says.

“I was over the moon to see Buster supporting Ahmed.”

Through sponsorship photos and letters sent to the family to update them on Ahmed’s progress, Buster learnt that Ahmed had a very different life to his own. Judy remembers Buster being particularly moved by one photo of Ahmed with a ball made from rags.

“Buster said, ‘that’s no good’, and went down to the student representative council at his high school and asked them to fundraise to get Ahmed a soccer ball and a schoolbag,” Judy says.

Weeks later ChildFund Ethiopia sent a photo of Ahmed with his new soccer ball and bag. “It was the most beautiful photo of Ahmed beaming,” Judy says. “The photo was placed pride of place on the school noticeboard for all to see.” 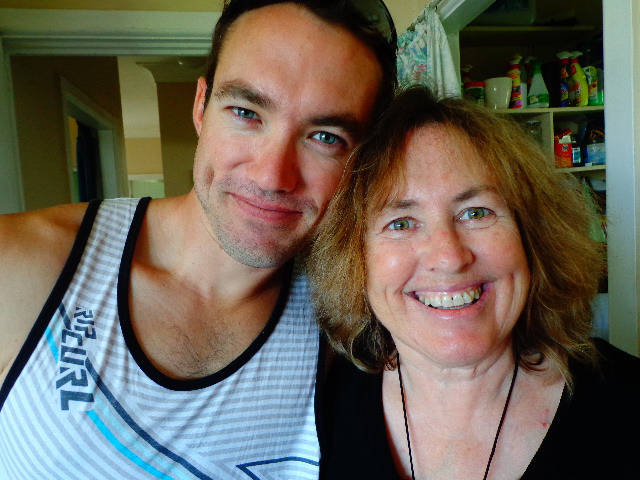 Judy with her son Buster, who at the age of 12 raised money to sponsor a child in Ethiopia. “I was over the moon to see Buster supporting Ahmed,” Judy says.

‘It was always everyone looking out for everyone’

A sense of giving and compassion for others was instilled in Judy from a young age, the mother-of-five says.

“I come from really, really tough people,” Judy says. “The ethos I was brought up with was: I’ve got everything here, I’ve got a garden full of food; anything we have left goes out to the community. My mum and dad were always like that. They would do food parcels and take it around our area. In Christchurch, where I lived, they would know from the priest which families were doing it tough.

“It was always everyone looking out for everyone.”

It has been more than two decades since Judy sponsored Ahmed. He would be about 40 years old now, like her son Buster. 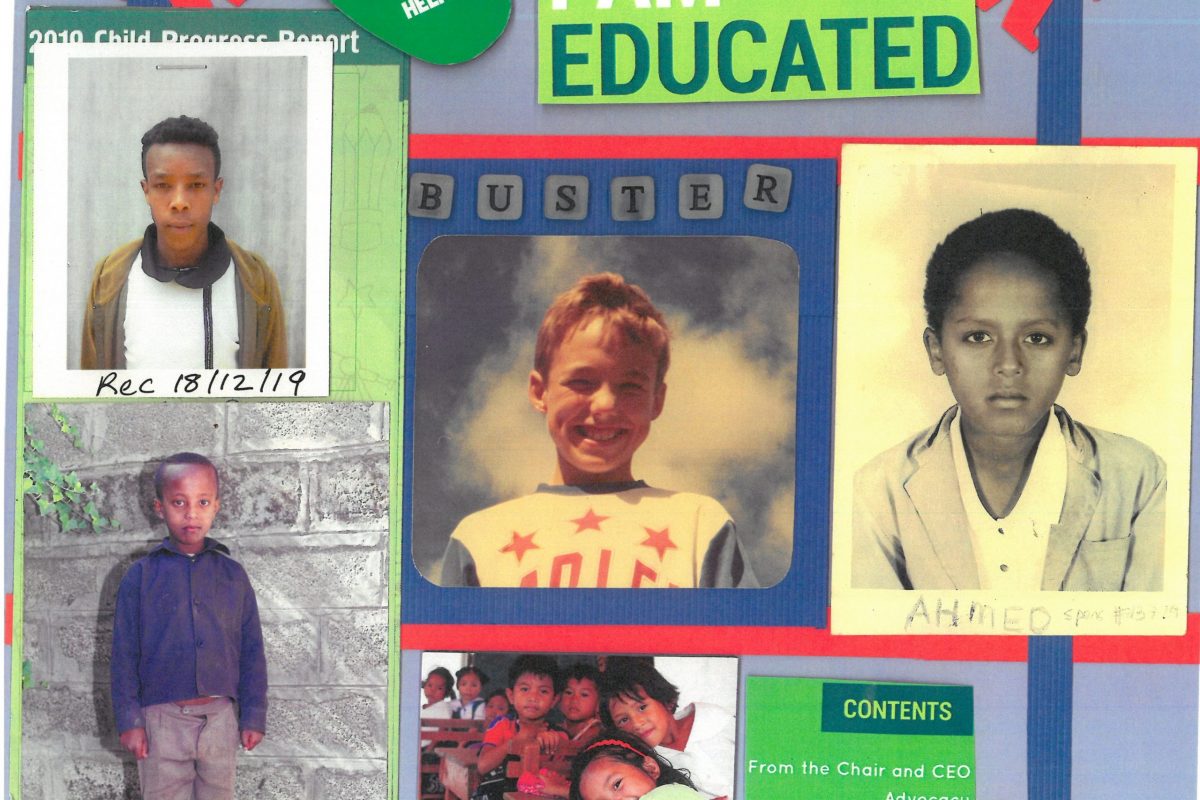 An old photo of Judy’s son Buster (middle) and old photos of some of Judy’s sponsored children from Ethiopia.

Today, Judy sponsors Nebil, who is also from Ethiopia. She learnt earlier this year that her previous sponsored child, Abayneh, had graduated from ChildFund’s sponsorship program and was on his way to becoming a mechanic. She burst into tears of happiness when we called to let her know.

“I’ve worked for a lot of organisations,” Judy says. “ChildFund is a wonderful organisation. I just say to people: there’s one thing you could do, you could bequeath what you have left to ChildFund.”

In her own community in Taree, on the mid-north coast of NSW, Judy prepares and delivers meals to people in need.

“Australians tend to spend a lot of money that they don’t have, buy things they don’t need to impress people they don’t like,” she says. “Sometimes, with that world, you just think, this is just so hollow and shallow.

“There are so many lonely people around. We have everything. I’m happy to share it around. We don’t need much.”