Pregnant women carry bottles of water to their nearest health clinic to give birth because of a lack of clean water facilities. It is a heartbreaking story that inspired ChildFund supporter Maureen and her family to build wells in some of Cambodia’s most remote communities.

“It really took hold of me,” Maureen says. “I was thinking, how on earth can women give birth safely and then look after their children if there’s not even any running water in the health clinic? That really sparked my interest in getting clean water into those communities.

“Access to clean water can improve maternal mortality rates. It has a huge impact; children could be left motherless.”

Maternal and child health has always been a topic close to Maureen’s heart. As the oldest of nine children Maureen saw first-hand the challenges her own mother experienced.

“Every time my mother was pregnant and gave birth, she had to look after her growing family,” Maureen says. “There was always an issue for her around having enough resources to do that.

“But there are women in some countries that don’t even have access to enough clean water.”

A cause worth supporting well

In late 2017, Maureen and her cousin Cathy donated a motorcycle to ChildFund to help deliver essential items to remote communities in Cambodia. Cathy and Maureen’s sister-in-law Melinda travelled to the country to see ChildFund’s work in action, returning home with stories about the dire challenges that mothers and children face in accessing basic healthcare. 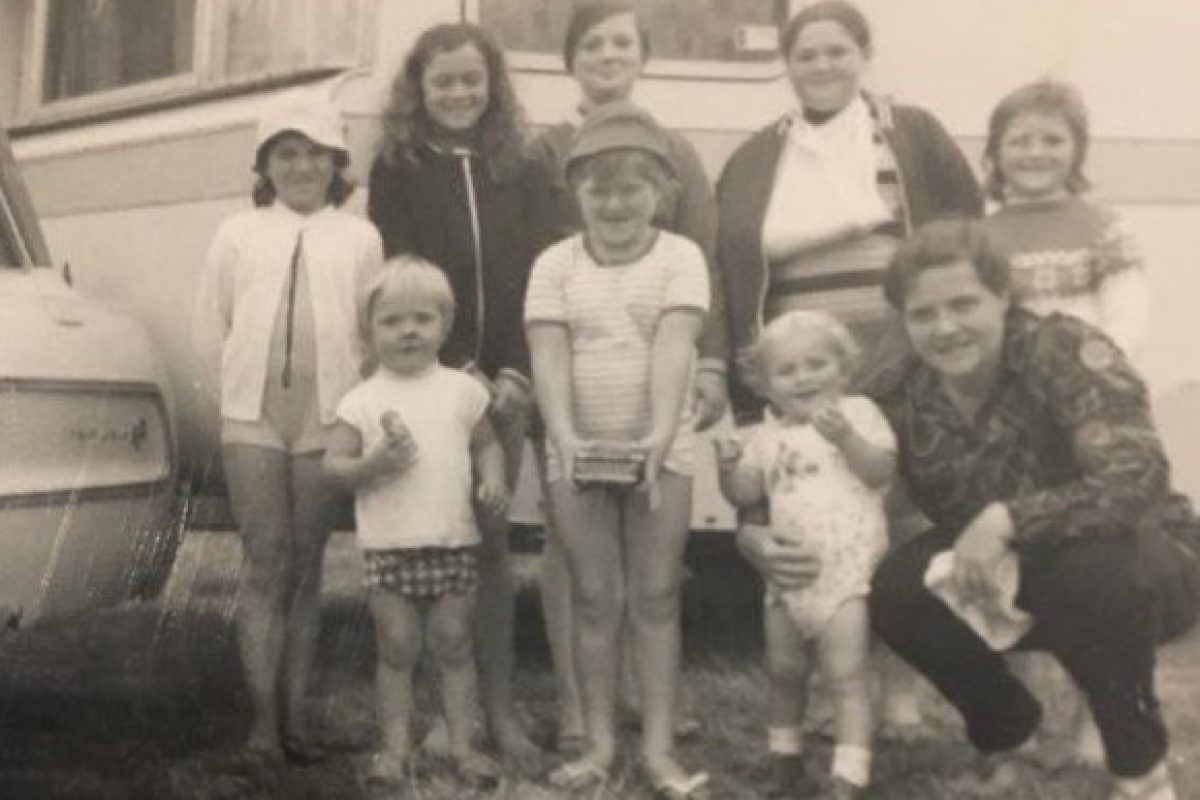 Maternal and child health has always been a topic close to Maureen’s heart. As the oldest of nine children Maureen saw first-hand the challenges her own mother, Patricia (pictured above with her first eight children) experienced.

The trip to Cambodia inspired Maureen, Cathy and Melinda to raise funds for ChildFund to build a pump well in a disadvantaged rural community in Kratie Province.

Two years later, after seeing the difference the well had made to the lives of children and their families in Kratie, Maureen funded the construction of two wells at health clinics in Battambang Province.

Today, the wells are providing clean water to more than 18,500 people, including almost 9,000 children in Battambang. They are helping to ensure healthcare staff and patients have access to a reliable source of clean water, especially during emergencies such as childbirth. “I dedicated the two wells to my mother Pat and mother-in-law Jeanette, who had 12 children between them,” Maureen says. 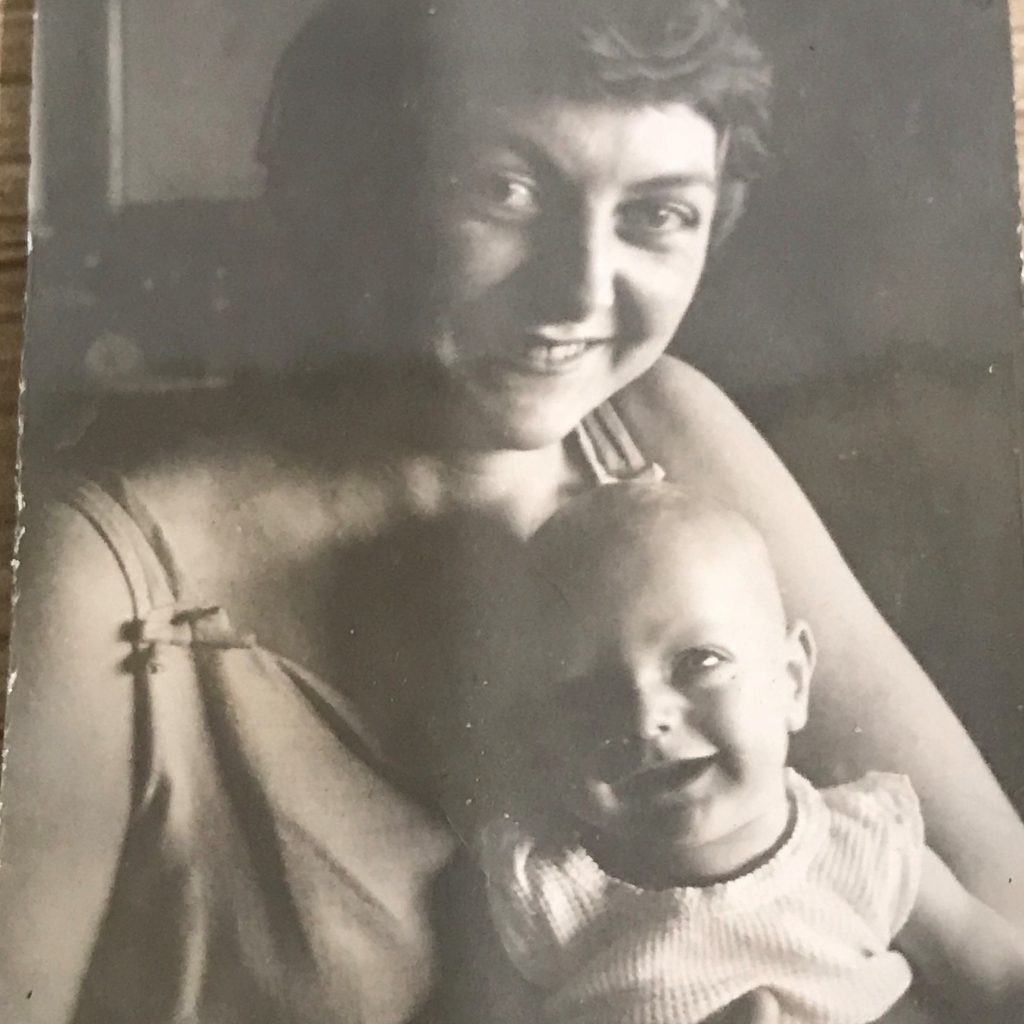 Maureen’s mother-in-law Jeanette with her first child Steve, who was born in Papua New Guinea in 1961.

The chief of one of the health clinics, Sophat Ngon, says having readily accessible clean water all year round is saving the lives of mothers and children. “Before we had this well, women who came to the health centre to deliver their babies were arriving with their own water,” he says. “My patients and staff are very happy to have this new well. We are so pleased.”

Philanthropy and working to improve the lives of disadvantaged people has been a significant part of Maureen’s life. For two decades Maureen worked in the public housing sector with the ACT government, helping to find suitable homes for people living on the street.

“I worked with homeless people on what it was that they wanted from their housing,” Maureen says. “They wanted housing to contribute to a better life for them; it wasn’t just a roof over their heads. They wanted somewhere where they could cook a meal for their children; where their children could do their homework.” 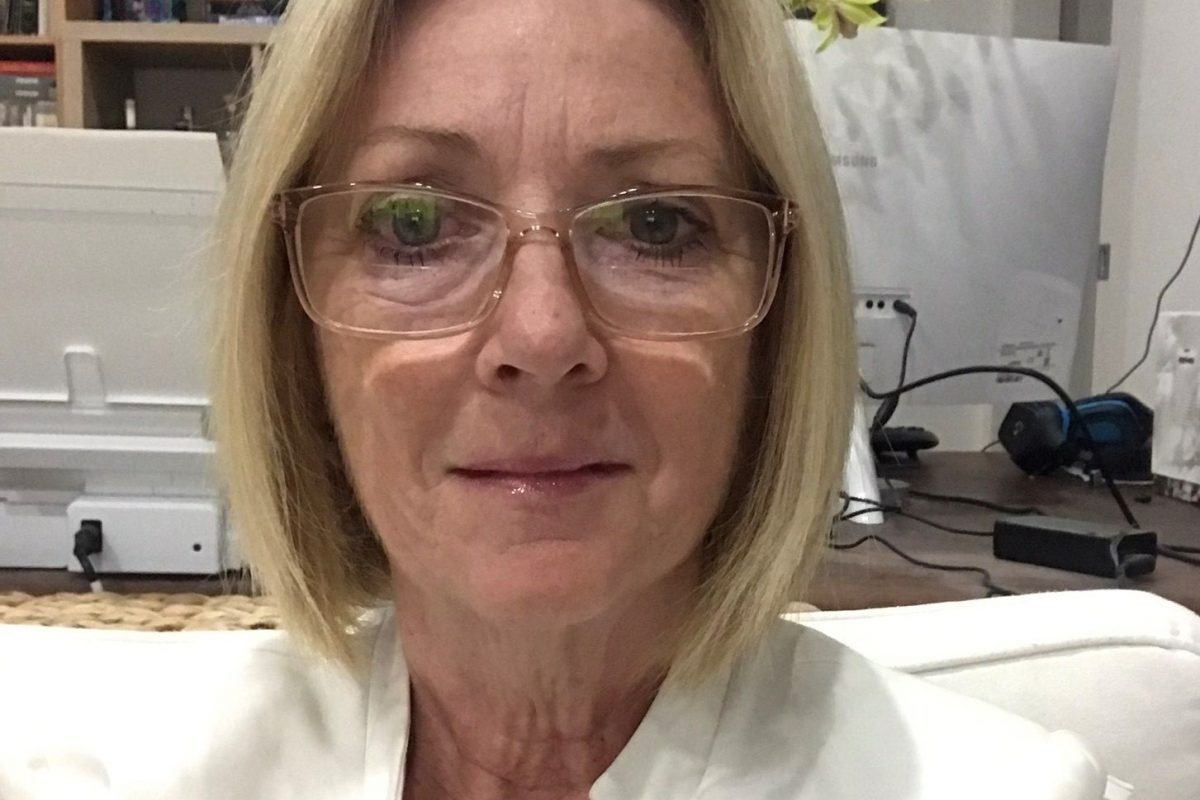 Philanthropy and working to improve the lives of disadvantaged people has been a significant part of Maureen’s life. “It’s a responsibility of us who can help, to help,” she says.

“This is the same with people in poor countries; they have the same aspirations for themselves and their children, they just don’t have the resources to do it.” 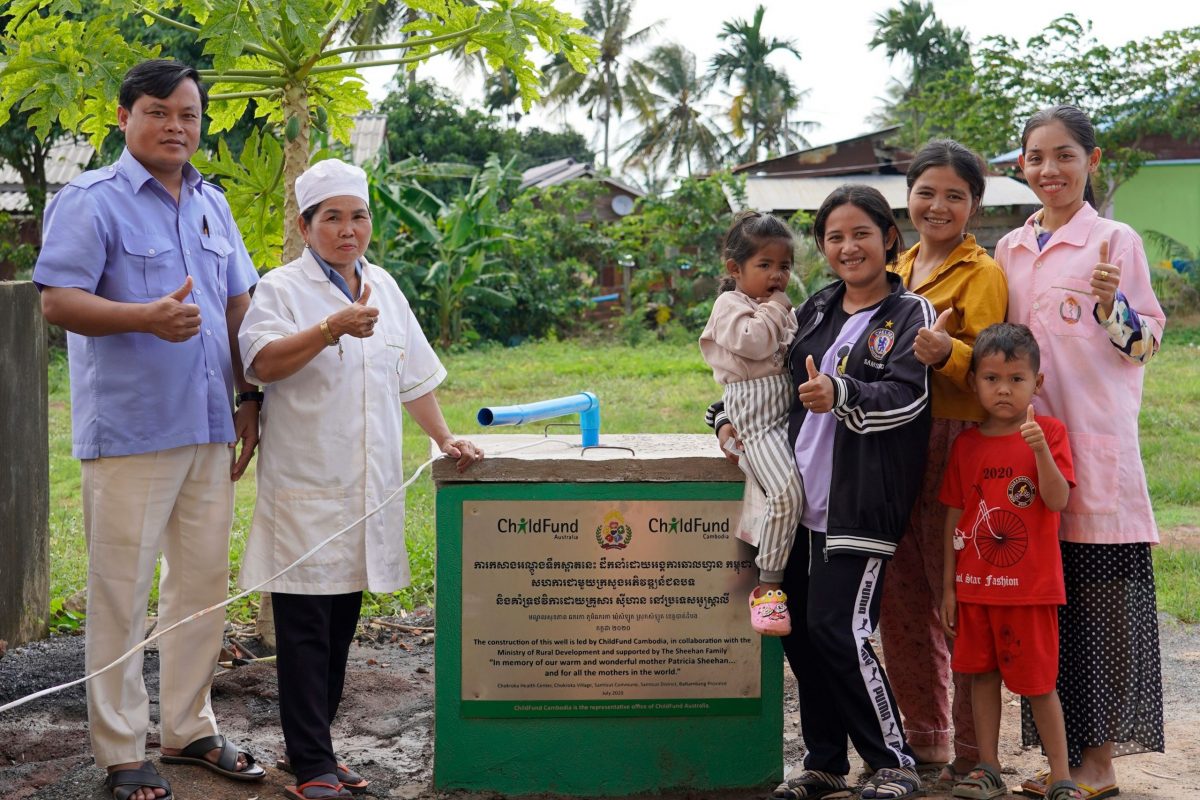 One of the two wells Maureen has helped to build in Battambang Province in Cambodia, which will help save the lives of mothers and babies during emergencies such as childbirth where clean water is critical. The wells will provide clean water to more than 18,500 people, including almost 9,000 children.

Call for Australians to act

“My focus will still be maternal and child health, but it’s about where the greatest need is,” she says. “Having done three wells in Cambodia, I now think our family can do something for women and children in Papua New Guinea who live so far from health services.

“ChildFund has a program that helps to establish mobile clinics that bring health services closer to women and children living in remote communities, so I’m interested in supporting that.”

Maureen is calling on more Australians to dig deep and take action on issues that matter to them.

“I think where you’re born is a luck of the draw, but things should be fair and they should be safe for everyone,” she says. “Every person has to look within themselves and work out what is important and what’s the right thing to do; and at least part of that has to be doing things that benefit more than themselves.

“That’s what I would encourage others to do: decide what’s important, and act upon it and put some resources behind it.

“It’s a responsibility of us who can help, to help.”