In January last year, Nakurka, her husband and their eight children were hoping rain would arrive and break the drought in Kenya’s Turkana region.

In March, however, Nakurka lost her husband and seven-year-old son, and the worst drought in years showed no sign of abating.

“This drought has been the worst experience in my life,” Nakurka says.

Drought has always been a threat for families in Turkana. Sharing a border with South Sudan, Ethiopia and Uganda, the region is harsh and unyielding.

Yet historically, while rainfall patterns are among the lowest in the country, the annual short and long rains have been mostly reliable, ensuring there is just enough water to survive the difficult conditions.

However, this changed in recent years. Drought in 2014, followed by poor and below average rates of rainfall in 2015 and 2016 has led to the critical situation in the region today. What was once a 10-year cycle of drought in Kenya, now appears to be occurring every other year.

Nakurka’s family started getting desperate in February last year. Her husband gathered some friends and their livestock, and left in search of greener pastures on the Ethiopian border.

Three weeks later Nakurka learnt he had been killed.

As she grieved her husband’s death, the conditions in Turkana worsened. Food became so scarce that many people in Turkana resorted to eating poisonous fruits (locally known as sorich), which are fatal if they’re not carefully prepared.

“If you don’t boil them well for over 12 hours, you can die,” Nakurka says.

“We would eat at night before going to bed. You know if you don’t eat something before you sleep, then it becomes impossible to sleep.

But the food was not enough for Nakurka’s seven-year-old son, who was severely malnourished when he died a month after his father.

Nakurka believes all eight of her children would have died without ChildFund’s Australian donors, who helped provide food, water and essential healthcare to struggling families. 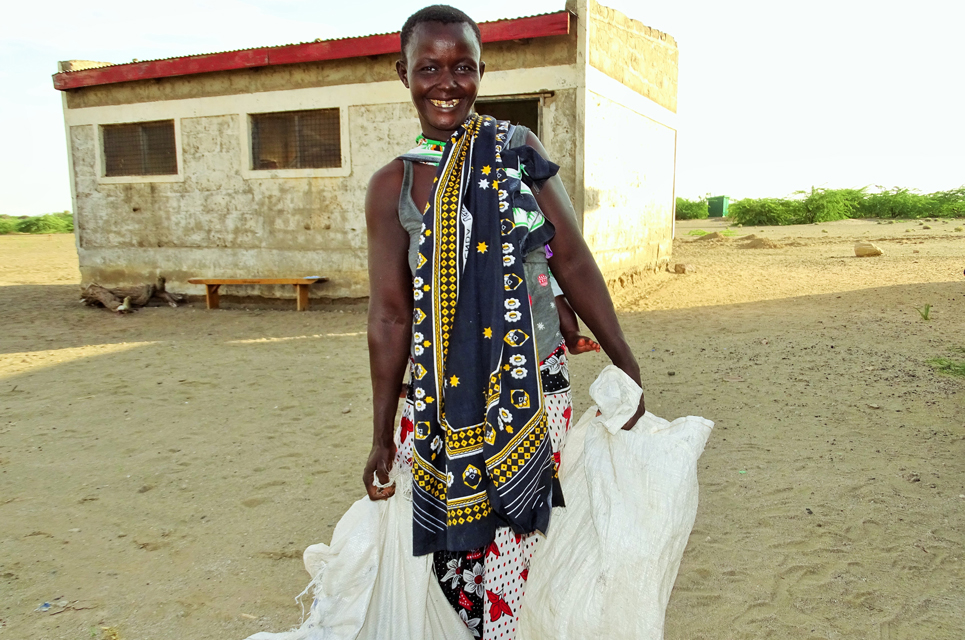 Nakurka is grateful for the support she has received from ChildFund supporters.

She received 24 kilograms of rice, 16 kilograms of beans and a litre of cooking oil to help her feed her children.

“Thanks to ChildFund, we had something to eat otherwise all of us would have died from starvation,” she says.

“My children’s health is improving gradually and I am also able to breastfeed my youngest.

“It truly touches me to imagine that someone, somewhere, who I have never met cares about me, my family and our community.”

This support has brought optimism to Turkana despite predictions that drought conditions will continue in 2018. 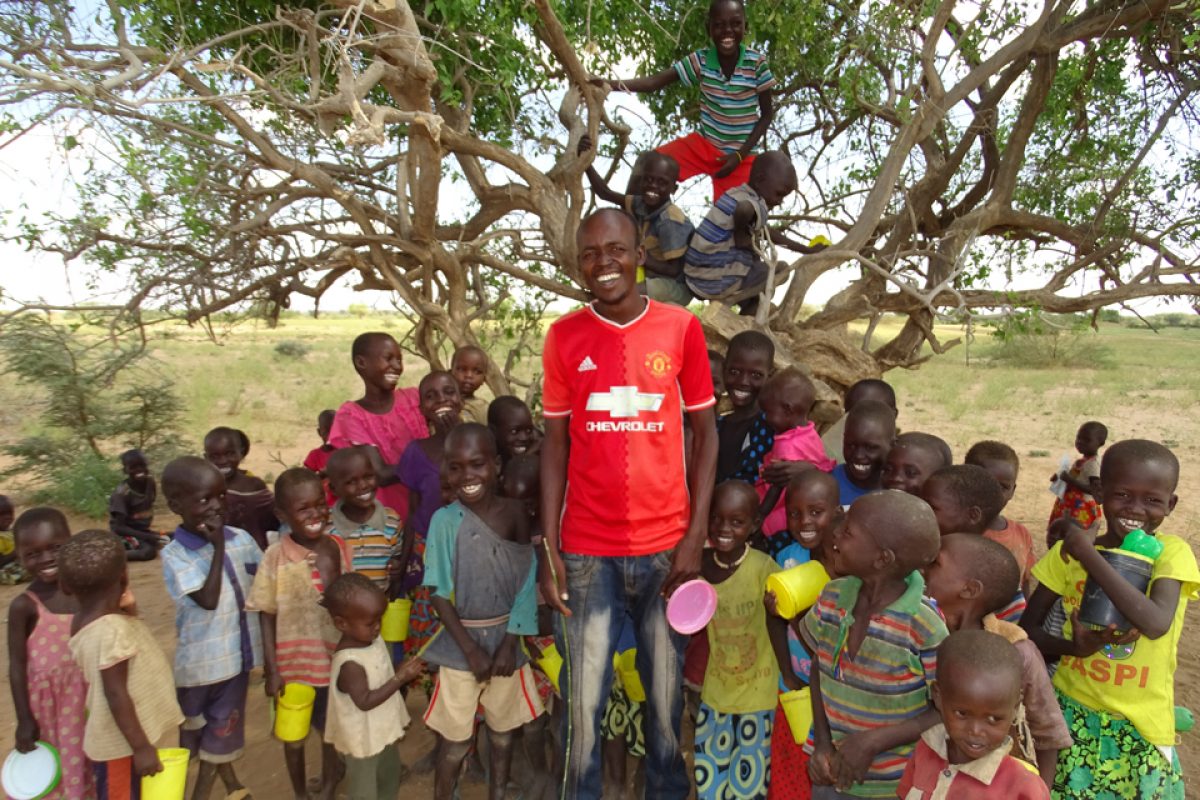 Thomas, 22, is the only teacher at Kooliyoro Early Childhood Development Centre. He has noticed a sharp improvement in his students’ health since emergency aid arrived.

His school has been closed, but children gather every day under the shade of a large tree to receive lessons and nutritious cups of porridge.

“ChildFund has been of great help in averting this crisis,” Thomas says. “We started receiving this porridge in July and it has done wonders for these children. They are very happy.

“If we did not have this porridge, then this centre would probably have closed down completely by now.

“These children would have been severely malnourished but thanks to ChildFund, their health has improved and they are also back in school. Without education, they cannot get out of this vicious cycle.”

Thomas said the school has grown from 80 students to 128 since it started serving porridge.

Many students are forced to drop out of school during times of crisis because they have to help their families search for food and water, or their families relocate. Malnourished children also have little energy to learn, or to travel to school. 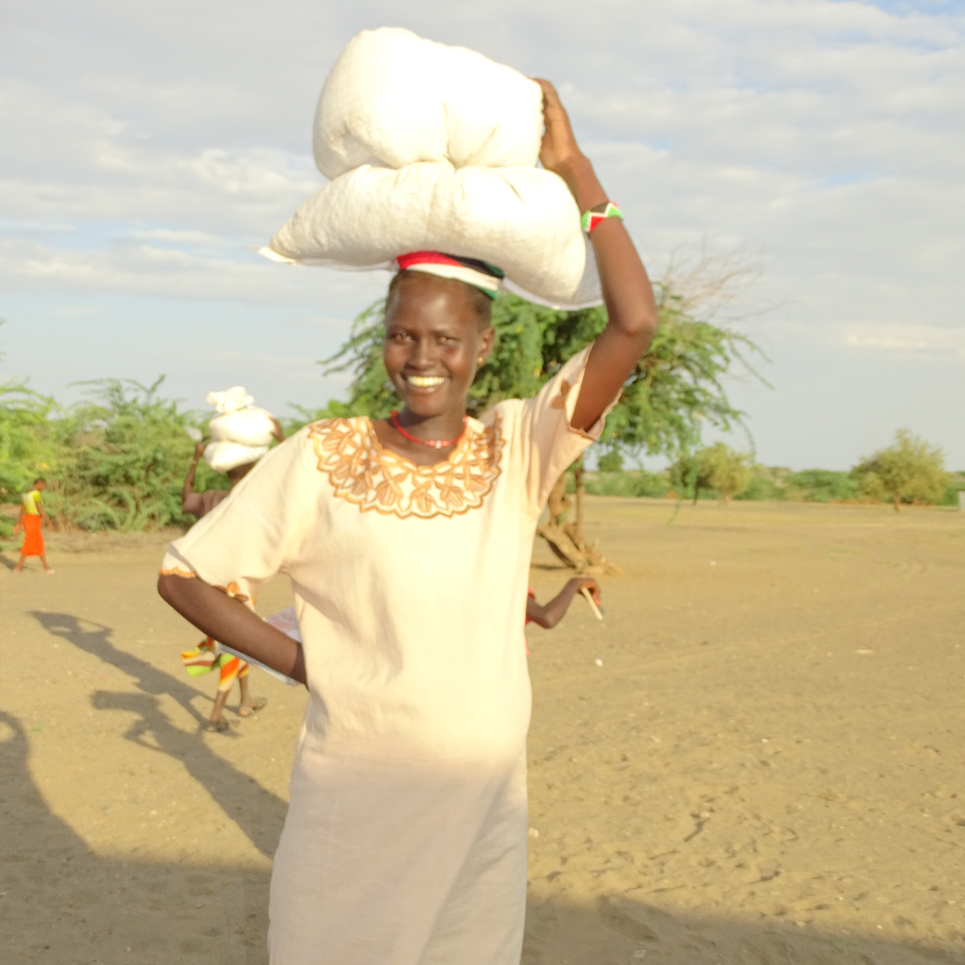 After fears about her unborn child, Ayien is now optimistic.

Conditions remain tough in Turkana but Ayien, who was eight months pregnant when she spoke from her village in northern Turkana, says support has brought hope.

“I used to worry that my child might be born underweight and unhealthy,” she says. “But now because of the food we are receiving, I am starting to regain weight and I feel stronger.

“This intervention is a life-changing experience. You are giving us hope that we will live to see another day, another month and another year.

“Now I know that my child will be born healthy.”