My childhood was cut short when I got married at 14

I was living with my mother and then I moved to the city to live with my sister so I could start Grade 1. I was there until Grade 4.

My sister’s husband was supporting me at school so, when he died, I came back to live with my parents.

When I was younger my favourite subjects were English and community studies.

I wanted to be a nurse or a soldier.

I enjoyed telling stories and playing with my friends, those who were near me and encouraging me at school.

I got pregnant with Timothy when I was 14 years old. I had just finished my Grade 7 exams. I had passed with very good marks and I was among those who were sponsored to go to a high school in Livingstone. But, because I was pregnant I was not able to go. 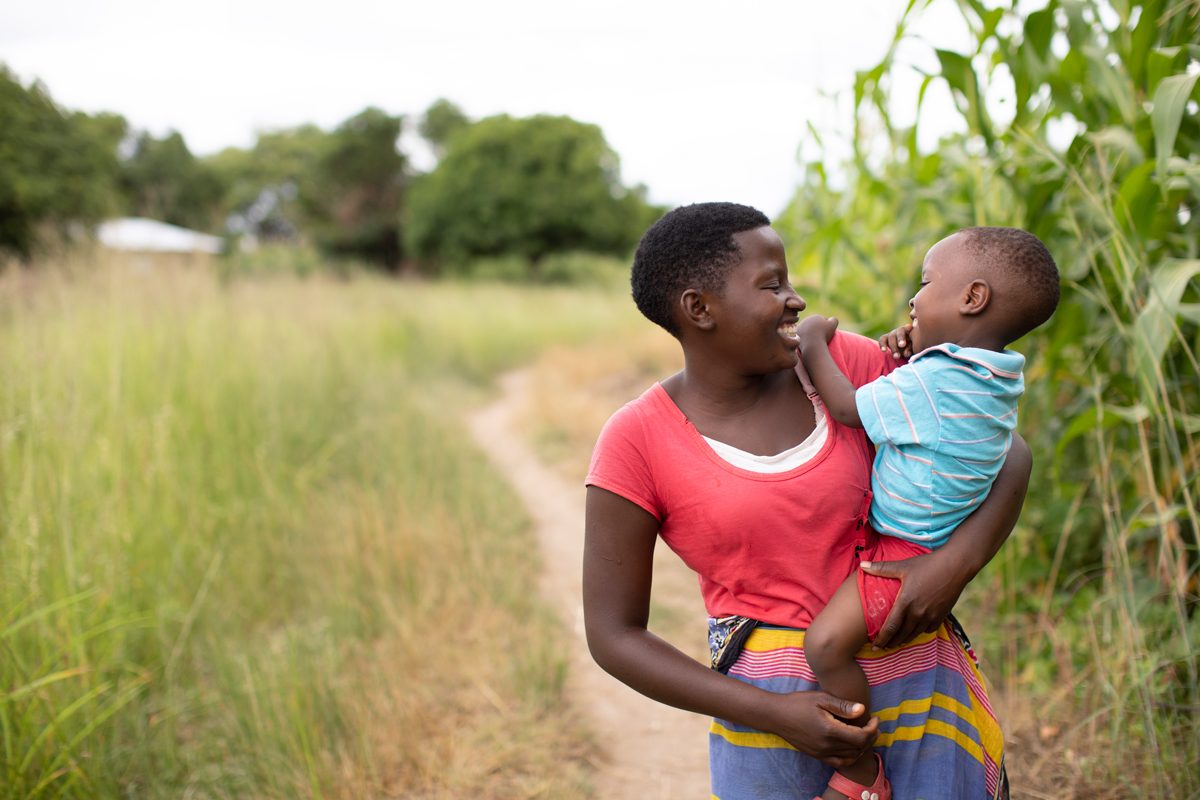 I went to live with my husband when I was three months pregnant. Here, in Zambia, if a child is pregnant they make you marry the father. And because I was pregnant, I was not allowed to return to school. I felt so bad. It was not easy because the friends whom I used to play with, and who I had known since I was young, were all talking about me.

My husband did not want the marriage. We were both young; I was 14-years-old and he was 18.

The harsh reality of being married at 14 in Zambia

There was no bride price, no bridal shower; there was nothing. I would have to wash for my husband. I would cook for him and his parents. I would do all the chores around the house. Whenever he would get any money he wouldn’t buy anything for the house.

Once he even beat me.

I was afraid. He expected a lot from me. He was taking advantage of me because I was at his mother’s place. I was treated so badly.

I would hear stories of him with other girls. That is when things became worse. One of the girls he was in a relationship with became pregnant. He stopped talking to me completely. He stopped holding our baby. There was nothing I could do. I survived by plaiting hair. 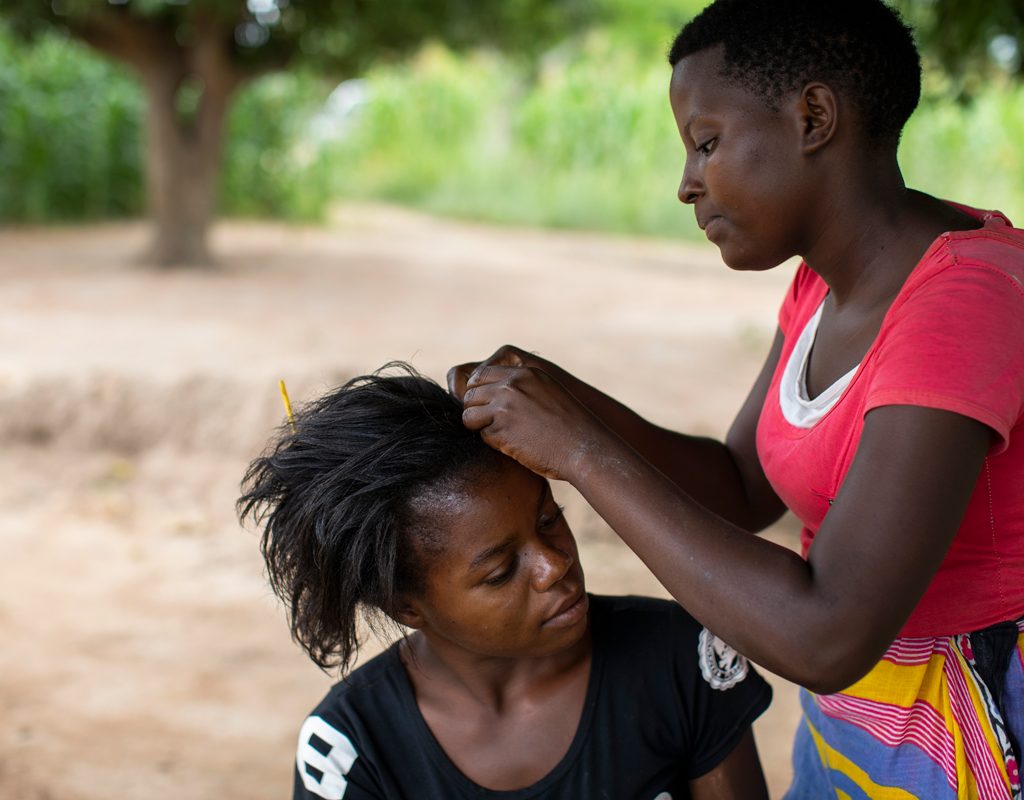 Agnes says she survived her marriage because she was able to make money by plaiting hair, but warns that other girls may not be as fortunate.

Some neighbours who were working with ChildFund heard about what I was going through and how I had been married. They started to help. I used to share my difficulties with them. When I needed things like soap they would give it to me. They would give me food for my baby.

How ChildFund helped Agnes leave her marriage and return home

ChildFund first talked with my mother and father to convince them that I needed to be back in school. Once my parents agreed to that they brought me back home. I was welcomed. Now I feel very good, because I’m very free here.

When I plait hair, I do it for the sake of my child. My mother and father take care of issues such as food.

When I see a woman who is working I admire them. They say that if you educate a girl, you have educated the whole world.

When I left my marriage, I went back to school and started Grade 8. I wanted to go back to school because I believed that if I was educated I would be able to care for my child. My father will not have to take care of me. I will be able to fend for myself and I can one day help my mother and father, and my friends who are in need.

I felt good when I went back to school. Those students I had gone to school with before I got married are now in Grade 12. Sometimes I might find myself in a class that I had been in before; some of my peers laugh at me, but others are encouraging.

I have enough money now from plaiting hair. I work for it. At times there are shortages. If there is a shortage, my mother and father help me. I want to be educated so that I live a better life in the future and can take care of myself and my family. I want to do nursing and fashion design. I am also good at hairdressing. 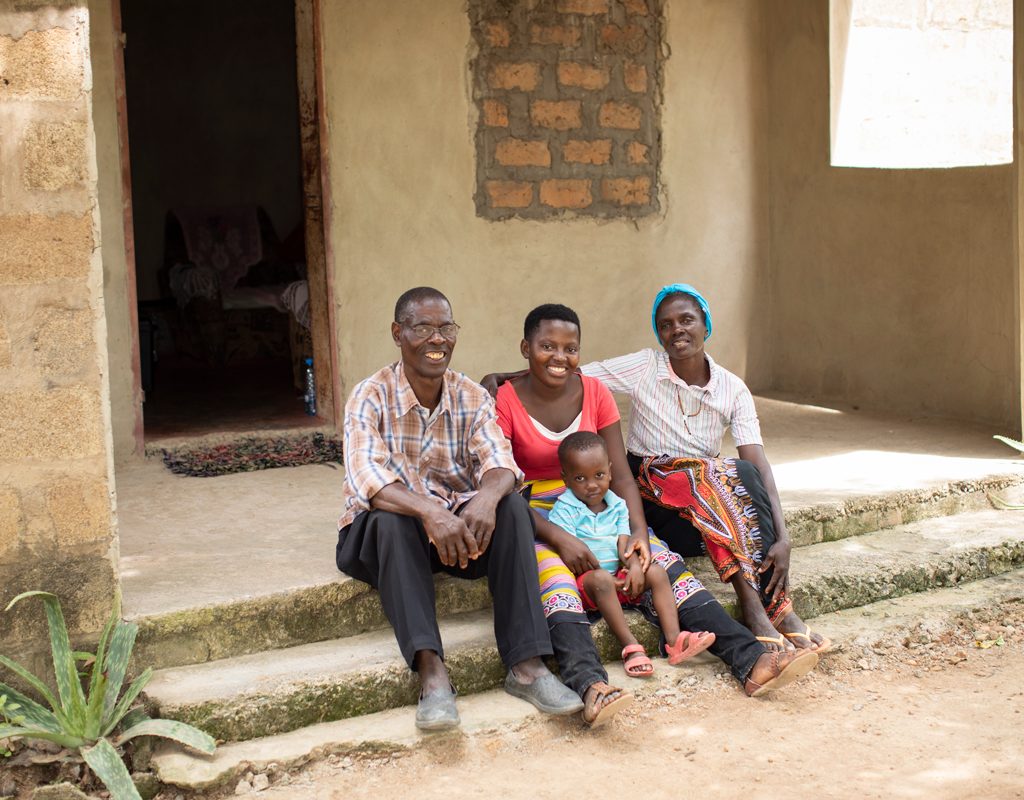 Agnes with Timothy and her parents outside the family home.

Men can kill you in marriage, just like that

Men can kill you in marriage, just like that.

Some of my friends are changing their views on early marriage, but others just believe that if I managed, they will too. They say if you managed to survive when you were pregnant, what would stop us from surviving if we decide to get married? But many of them did not know what was happening when I was in that house. I encourage them to stay away from early marriage.

I want my son to have a good future

Today, I am so happy. I want my son to have a good life; that’s why I push myself to work hard so that he can go to school. He has just started preschool. I want him to be a pilot in the future.

Without my son I don’t think I’ll be able to survive. He has helped open my mind and taught me a lot of things.

Without an education you can’t go anywhere

I want to thank ChildFund for all they have done for me. I hope they will continue to do the same for others. I say to the girls of my age, those with the opportunity to go to school, concentrate on school because without an education you can’t go anywhere.

Since this story was written Agnes has been sponsored through ChildFund by an Australian and will be supported to finish high school. 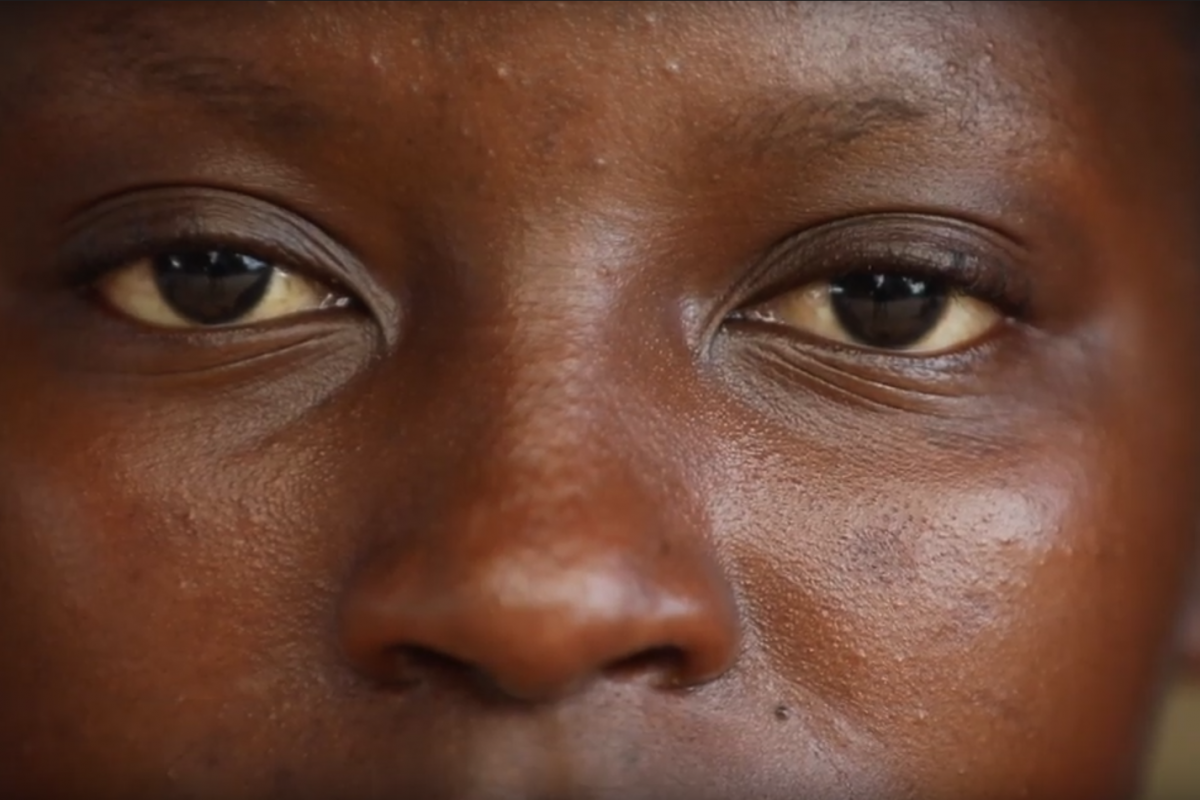 When a girl gets married her childhood ends.