A mother’s determination to save her children

Every other day Esther makes the same 8km walk to an under-resourced health centre with her two ill children. Her unrelenting determination reveals the lengths parents in Papua New Guinea must go to in search of basic, life-saving medical attention.

A tropical downpour pounds Esther’s umbrella as she embarks upon the familiar walk to the health clinic 8km from her home in remote Central Province, Papua New Guinea.

In her arms she carries her one-year-old son Max, who has had a persistent cough for so long that Esther cannot remember when it first appeared. By her side is her 11-year-old daughter Ruth, who’s nursing a pair of swollen glands that will not go down.

It’s a long journey. It is one Esther has taken frequently since Max was born.

“He is always sick.”
“He is small. He keeps coughing. He can’t get rid of the cough.”
“All I want is for my son to get better.”

Worldwide, one in 10 people with tuberculosis is a child. In Papua New Guinea, it is one in four.

These figures may not even paint the full picture. Many children with tuberculosis do not appear in the statistics because they are never diagnosed. 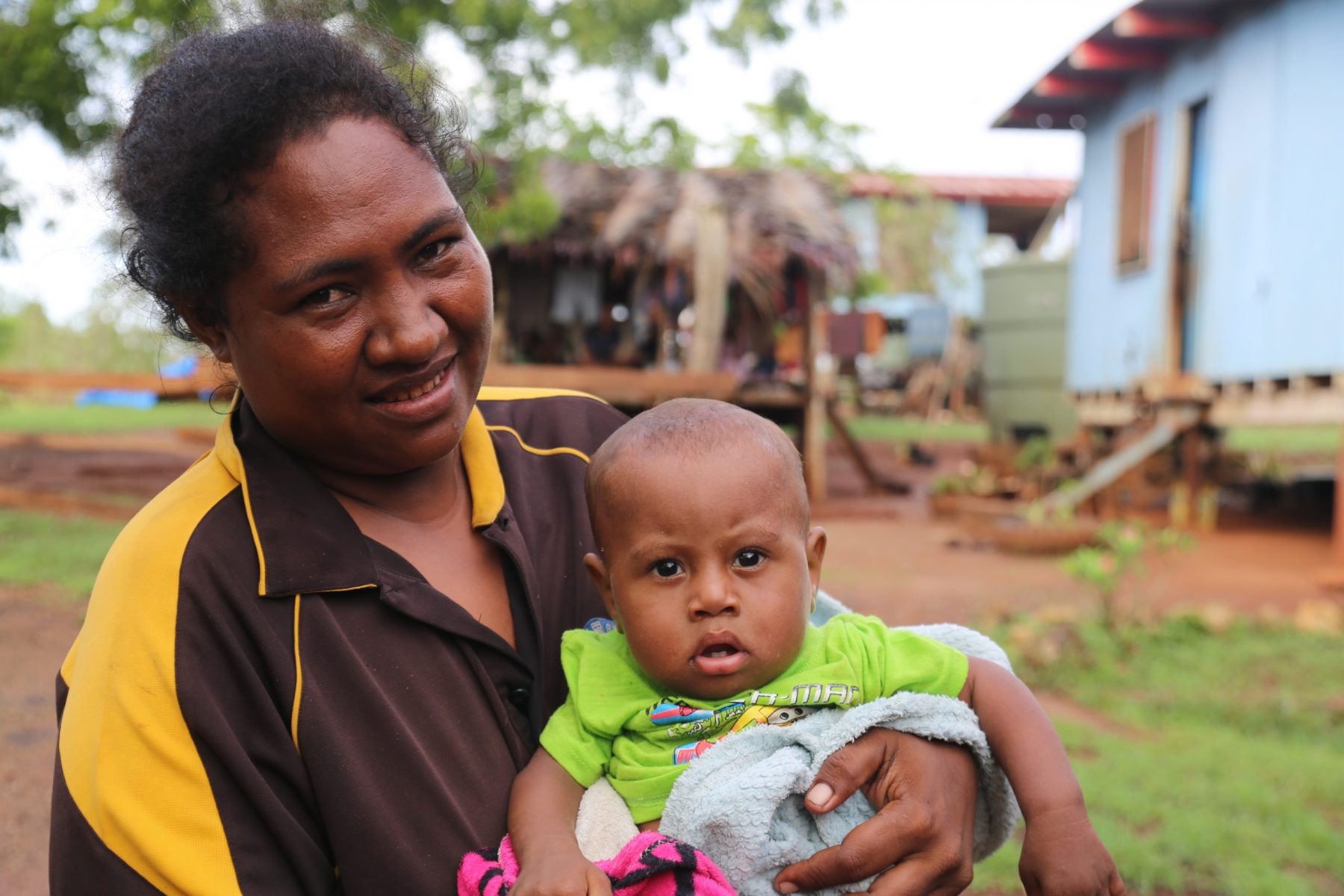 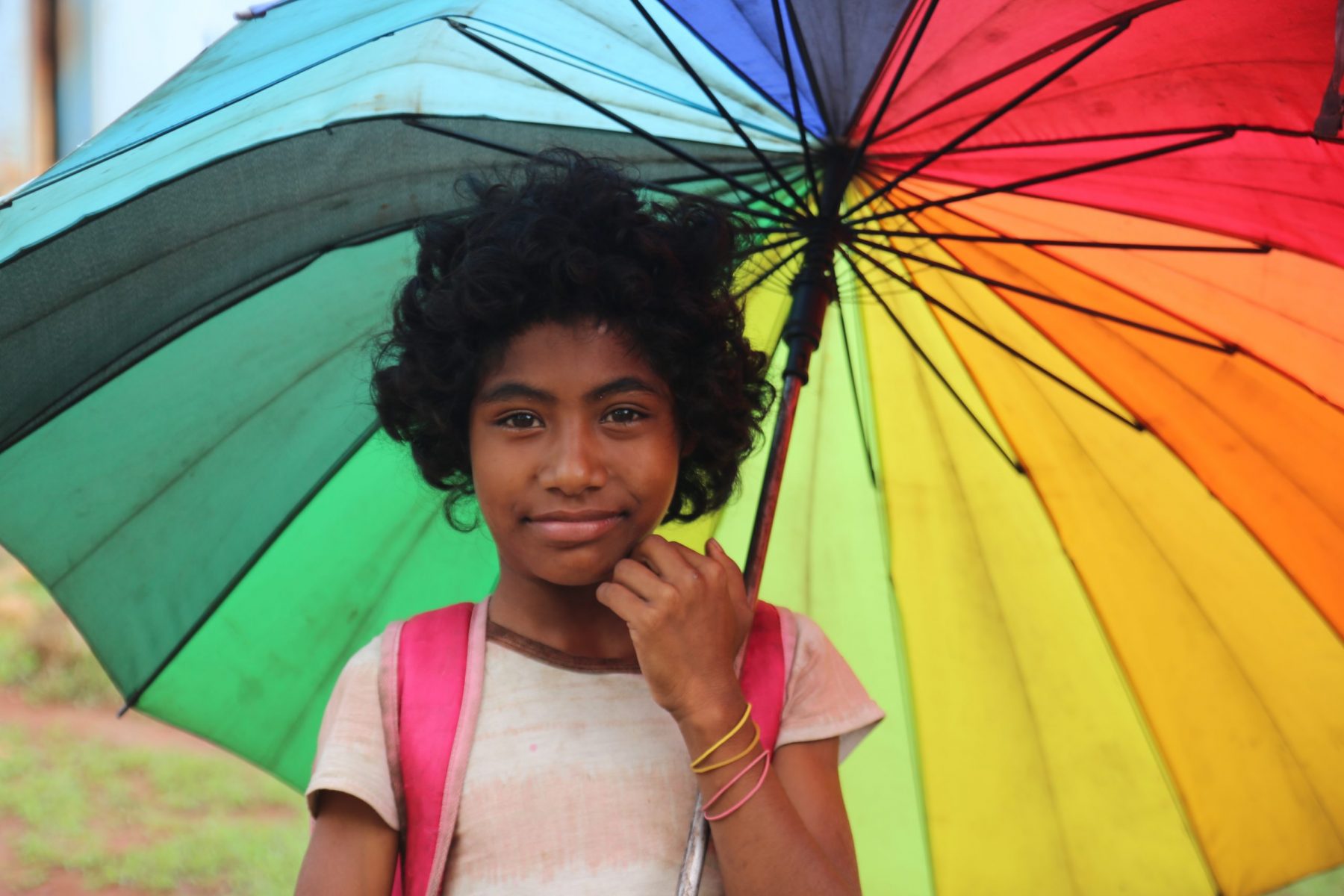 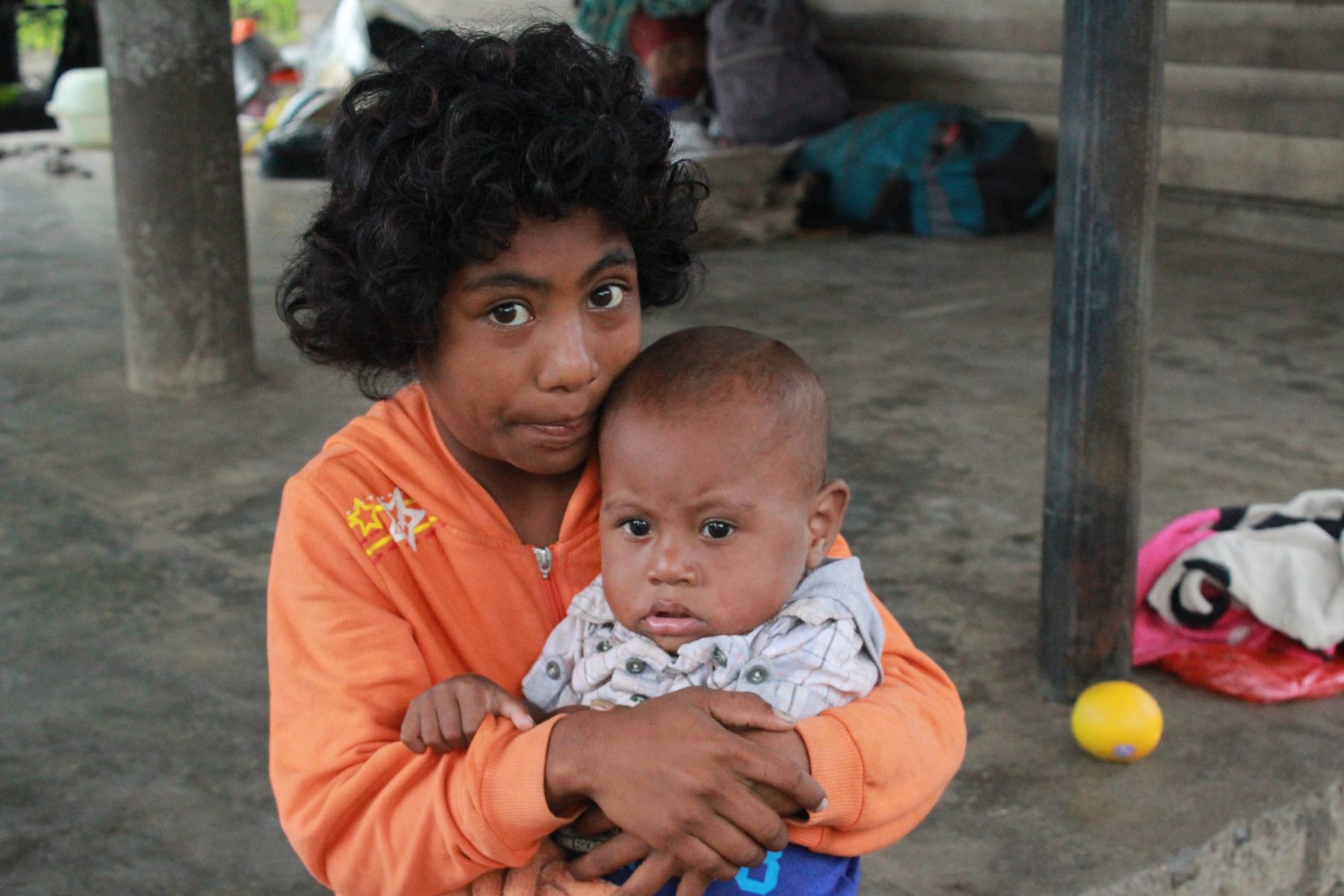 Esther suspects Max has tuberculosis.
Ruth is also showing symptoms.
But she cannot get either of her children diagnosed.

The health clinic that Esther goes to does not have the technology to diagnose tuberculosis. The closest place she can get her children diagnosed is Port Moresby, which is a three-hour drive away.

To get her children treated Esther has to pay to travel to Port Moresby and find a place for her family to stay there for up to a week.

This puts a huge burden on Esther’s family.

Despite these challenges, Esther estimates that she has made the trip to Port Moresby at least 10 times since Max was born. And she still does not have answers. She has vowed to continue making the journey until her children get better.

“It’s exhausting,” Esther said. “All I want is for my child to get better so I can get some rest.

“They’re my children. That’s why I keep going. I want them to be better. I feel like if I don’t get them to the hospital when they’re sick they might die.”

The family lives in a house with no walls.
They sleep under a thatched roof on a bamboo platform.
In a compound with other families. 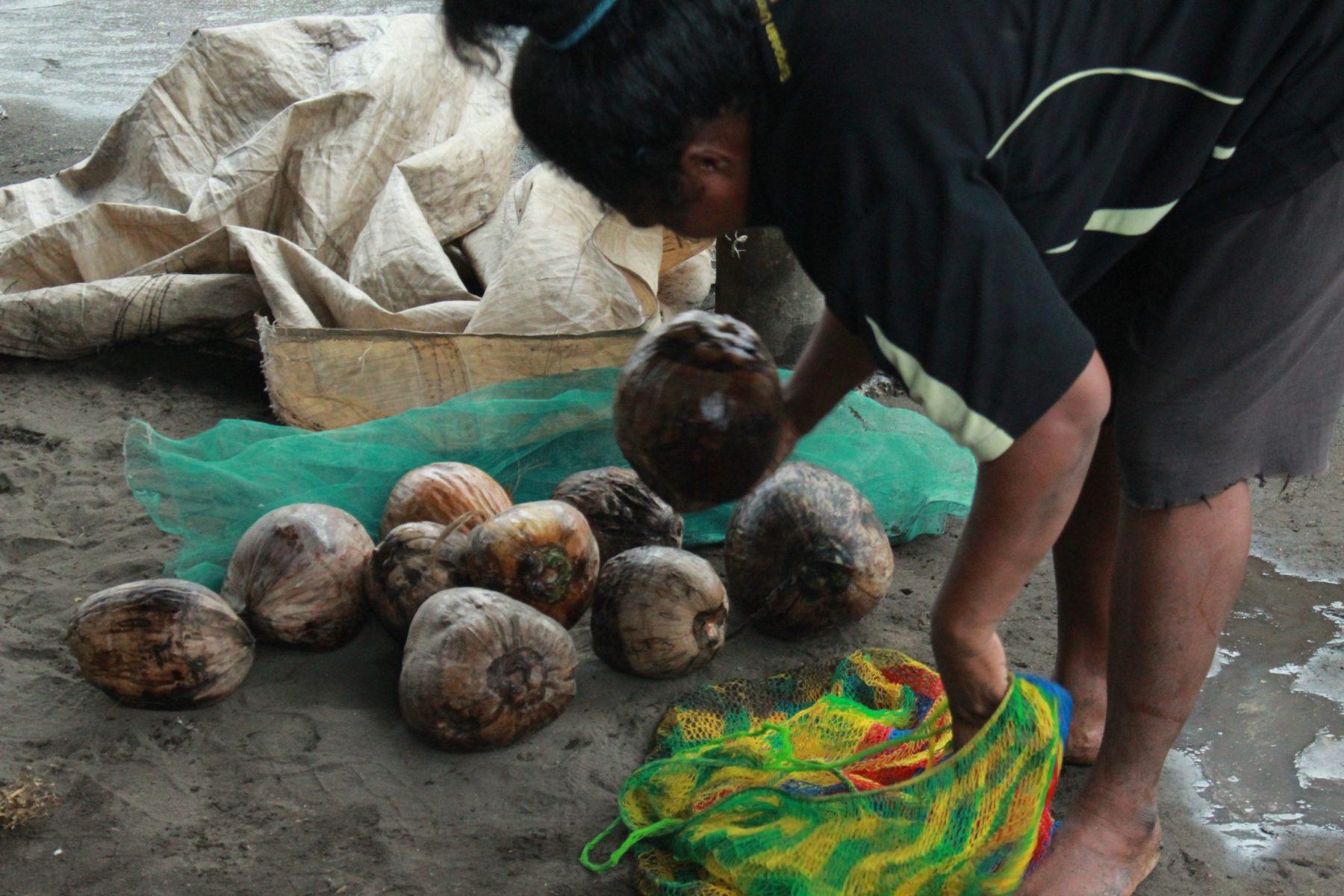 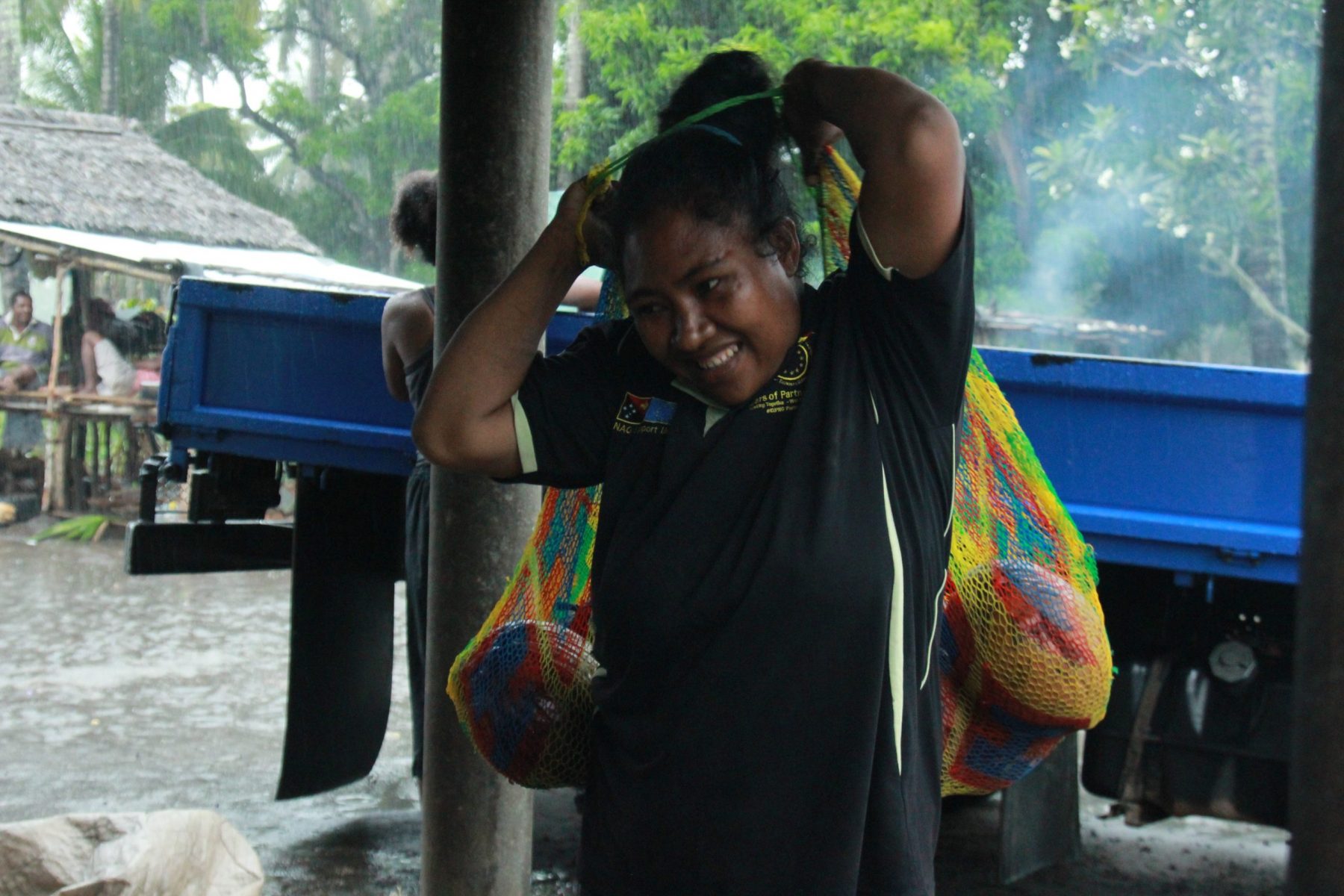 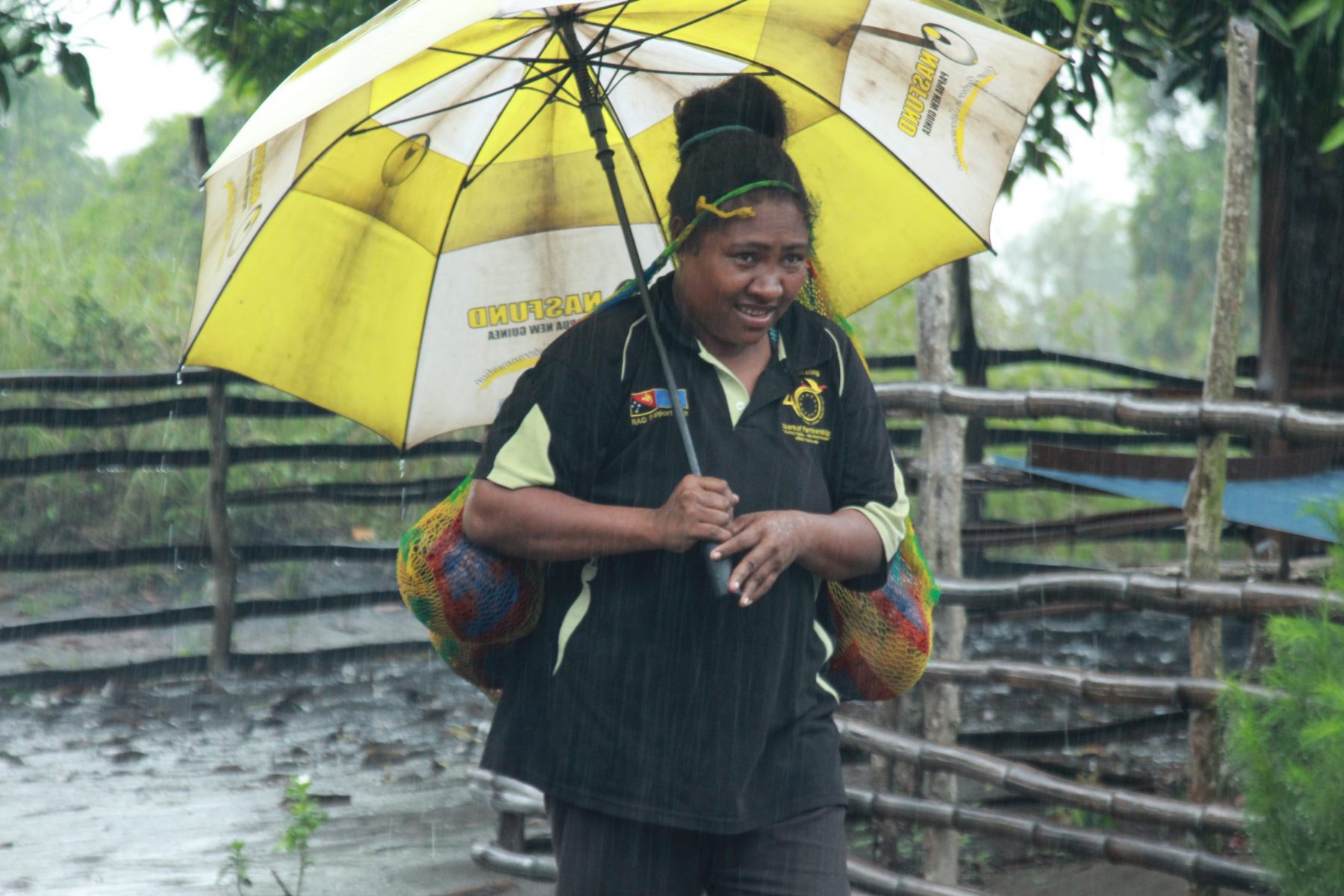 No one in the family has formal work.
To make money they sell coconuts that grow near by.
The profits pay for essentials such as medicine but little else.

Unfortunately, many parents in Papua New Guinea have walked in Esther’s shoes.

Many people live long distances from their nearest functional health facilities, which are often struggling against the odds and unable to fulfil basic functions. Doctors are extremely scarce, particularly in rural areas, and the health workforce overall is only a fraction of the firepower required to maintain even basic programs.

In ChildFund’s experience working in Central Province, health clinics are often of such sub-standard quality that families can be forced to seek treatment in Port Moresby, if they are able to afford the costs of travelling. If not, which is most often the case, they remain undiagnosed, at risk of infecting other members of their community and potentially dying of a treatable disease.

“TB is quite difficult to diagnose in children unless someone is really skilled,” said Olive Oa, ChildFund Papua New Guinea’s Health Programs Manager. “It cannot be diagnosed by a community health worker. Children can really suffer before they are diagnosed; they will gradually lose weight, they won’t be able to play with their friends, they won’t be able to eat properly.”

When the disease is not treated many children die. “Children, their immune system is not usually as strong as adults so it will usually make them weaker and they will get sicker and if you don’t find treatment quickly they may get sick and they may die – but it will take time,” Olive said.

“If you don’t find treatment quickly they may get sick and they may die.”

Olive, who saw firsthand the damage of an undiagnosed case of tuberculosis when her son lost half his body weight while battling with the disease as a teenager, is committed to ending tuberculosis in Papua New Guinea.

She oversees ChildFund’s health programs, which work in partnership with healthcare workers, children and their families in remote villages in Papua New Guinea to help children like Max and Ruth.

“They’re my children. That’s why I keep going. I want them to be better.” – Esther, mother of Max and Ruth

These programs help children in remote communities get diagnosed and treated for tuberculosis, which is saving lives.

Early this year, Olive saw Esther and her children outside their local clinic. Ruth’s swollen glands stood out immediately. Then she noticed Max’s cough. Olive asked Esther if anyone else in the house had been coughing. Esther told her that her father had been coughing a lot.

None of them have been diagnosed with tuberculosis. Esther took Max to get tested in Port Moresby, but she got scared when she learnt the doctor wanted to stick a tube down her son’s throat.

After being reassured by Olive, Esther vowed to take Max back to Port Moresby and let them take a sample of his sputum so he could be tested for tuberculosis. Ruth was also tested in Port Moresby but the results did not show signs of tuberculosis. Olive knows the disease is hard to diagnose. Her son was not diagnosed for six months despite seeing several doctors. Esther said she would also get Ruth tested again.

Until the children can get diagnosed and treated for their illnesses, they are extremely vulnerable. Olive is worried about how the family will fare.

“Max keeps having recurrent chest infections,” Olive told us. “He looks like he is wasting a bit and is continuously coughing. Ruth has very enlarged lymph nodes and neither of them are the normal weight for their age.”

“I think (Esther) probably feels how I felt when my son was getting sick; you know I would just go up and down, you would just want everything to be good for your children, the child to be better so you feel good and not stressed. You come home and the child is sick. I think she’s quite stressed.”

Join the fight to end infectious diseases
like TB in PNG

Exercise is an essential part of a balanced lifestyle, particularly for children. It significantly impacts a child’s development, improving children’s health and wellbeing.

The United Nations Convention On The Rights Of The Child states that every child has the right to play. Let’s explore why exercise is so important for children’s health and wellbeing.

Exercise aids greatly in maintaining a strong sense of psychological wellbeing. It’s also an effective tool to manage anxiety, depression and other conditions. This is because when you exercise, the body releases endorphins which trigger a positive emotional response.

The social aspect of sport provides a safe and comfortable place for children to make friends and feel valued, improving their sense of wellbeing. Participating in team sport improves a child’s confidence and self-esteem, promoting a more positive self-image.

Exercise also has the power to challenge gender roles and provide girls with new opportunities for socialisation, skills development and physical activity away from the home.

One of the main benefits of exercise is that it keeps the body fit, which is vital for children’s physical development.

When a child exercises, the movement of the bones and muscles increases their strength and endurance. Muscle pulls against the bones, particularly in the arms and legs, which accumulates bone density over time, even with very little weight.

Exercise also benefits organs, such as the heart. Physical activity increases body temperature, causes dehydration and creates demand for blood and oxygen. This requires the heart to beat faster in order to supply the limbs and organs with the sustenance they need to maintain their rhythm. With regular exercise, the heart becomes more efficient over time.

Children learn a range of new skills from exercise, both at a physical and social level.

It also aids in developing these social skills:

When children participate in team sports, they develop and cultivate a sense of belonging, which is critical for their emotional health and wellbeing.

In Western countries, food high in calories, fats and preservatives are much more readily available than ever before. Take-away meals, frozen dinners, soft drinks and boxed snacks are just some of the guilty pleasures that can cause weight gain in children.

Children are also much less likely to exercise than previous generations. Video games, television and streaming services occupy their attention, even to the extent of replicating team sports in a virtual experience.

It is essential that children exercise regularly to maintain a healthy body weight and reduce the risk of developing diseases such as obesity, type 2 diabetes, heart disease, cancer and other health conditions.

Does exercise boost immunity? Although there have been many studies into the impact exercise has on the immune system, it has not yet been proven if exercise has a direct effect on immunity to disease.

What is known, is that exercise keeps the body fit and strengthens the immune system’s capacity to respond to disease. This means that while exercise does not necessarily prevent children from getting sick, it will prepare and strengthen their bodies to fight off any illnesses that may occur.

Exercise is about balance and growth. It keeps children physically, psychologically and emotionally healthy, as well as providing opportunities for social interaction and skills development. This means that exercise contributes immensely to child development, setting children up for a balanced adulthood.

COVID-19 has disrupted livelihoods across the world. Many of the communities where we work in Papua New Guinea were already recovering from outbreaks of measles and polio, and are now struggling to cope within an already overstretched health system.

We’re working with local communities to run outreach programs, in order to identify cases of infectious disease quickly, and connect both adults and children with appropriate healthcare. Your donation today will help us continue to run these programs, and expand our reach to ensure every child has a childhood.